Rev. Griffith has been on the Wiccan path and reading Tarot since 1969. She wrote her first course on Witchcraft, Tarot and Numerology in 1974 for Baltimore County Public Schools. She walked solitary with few affiliations until the early 2000’s when she started to investigate the Witch School.com. She was hooked and has since applied her energies and passions into this path. Since 2003 she has been affiliated with The Correllian Nativist Tradition and has earned her 1st, 2nd and 3rd degrees, and Ordination through them.

In 2006 she co-chaired the Spring Lustration in Manassas Virginia. Through the CTN she was the Director of the Temple of the Scared Arts and became Temple Head of her own Temple of the Mystic Light in Baltimore MD and had chapters of the Daughters of the Goddess and Sons of the Moon.

She is licensed as an Ordained Minister in Maryland, DC and Florida. Teaching has remained her passion and she has had many students and has even been contracted to teaching Wicca, Reiki and Holistic Healthcare in 2009 thru the Community Colleges of Baltimore County. She is available for Tarot Readings, Psychic Advising, Spiritual Advising, Ministerial Counseling, Legal Marriages, Handfastings, Wiccanings, Rites of Passage and Public Speaking engagements.

She has been very active in the Pagan community in the Baltimore/DC metro area: 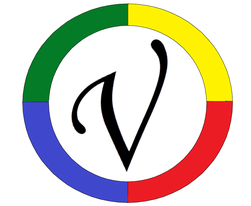 All our rituals are done via Zoom.
Please see our Facebook page for more information and times.